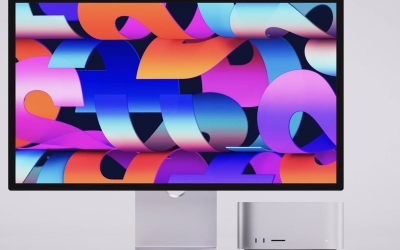 Mac Studio is an entirely new Mac desktop. Powered by either M1 Max or M1 Ultra, Mac Studio delivers extraordinary CPU and GPU performance and more unified memory than any other Mac. With M1 Max, users can take their creative workflows to new levels, and for those requiring even more computing power, M1 Ultra is the next giant leap for Apple silicon. Studio Display is the ultimate partner for the stunningly compact and astonishingly powerful Mac Studio. It features an expansive 27-inch 5K Retina display, a 12MP Ultra Wide camera and a high-fidelity six-speaker sound system with spatial audio. Available to order... END_OF_DOCUMENT_TOKEN_TO_BE_REPLACED 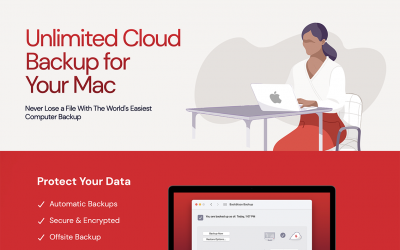 Backblaze is a secure and cost effective way of backing up your Mac online. From now until Feb 28th you can sign up and save 10% on the cost of a subscription with the code feb2022 at checkoutClick here for more information and a free... END_OF_DOCUMENT_TOKEN_TO_BE_REPLACED 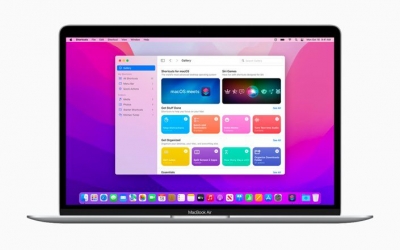 Apple’s macOS 12 Monterey, the newest version of the operating system designed to run on the Mac is now available to download. The new ‌‌macOS Monterey‌ update can be downloaded on all eligible Macs using the Software Update section of System Preferences, and it can also be found in the Mac App Store. Like all Mac updates, ‌‌macOS Monterey‌‌ is a free download. It features updates and improvements to areas such as FaceTime, Messages, Safari, AirPlay and Privacy. A full backup should be undertaken before any system... END_OF_DOCUMENT_TOKEN_TO_BE_REPLACED 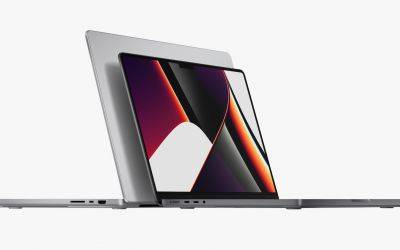 Apple today announced its long-awaited major redesign for the MacBook Pro and is available with 14.2-inch and 16.2-inch display sizes. There are now more ports available: HDMI port, three Thunderbolt 4 port, SDXC card reader, ‌MagSafe‌ 3 port, and a headphone jack. The webcam now offers a 1080p resolution with a wider aperture, a larger image sensor, and benefits from an improved image signal processor. The redesigned MacBook Pro features configurations with two new Apple silicon chips. Apple’s The ‌M1‌ Pro chip is a scaled-up, more powerful variant of the ‌M1‌ chip. The ‌M1‌ Pro chip features an 8-core or 10-core CPU, 16-core GPU, a more capable Media Engine, more Thunderbolt controllers, support for up to 32GB of unified memory, and more. The ‌M1‌ Max chip features the same 10-core CPU as the ‌M1‌ Pro, but includes a 24-core or 32-core GPU with support for up to 64GB of unified memory. The new MacBook Pro is available to order... END_OF_DOCUMENT_TOKEN_TO_BE_REPLACED

macOS Big Sur‌ 11.6 improves the security of macOS and is recommended for all users. Apple has also released security update 2021-005 for macOS Catalina, and both updates address an issue that could allow a maliciously crafted PDF to execute code. Apple says that it is aware of a report that this bug may have been actively exploited. To update, go to Apple Menu – About This Mac – Software update. The iOS 14.8 update can be downloaded for free and the software is available on all eligible devices over-the-air in the Settings app. To access the new software, go to Settings > General > Software Update. Apple has also released a new version of iPad OS14. If your device does not show an available security update, you may need a system upgrade. Please contact us for more... END_OF_DOCUMENT_TOKEN_TO_BE_REPLACED 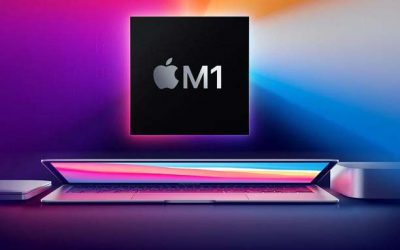 Apple has officially announced its first processor designed specifically for the Mac, dubbed the M1. The M1 chip features an eight-core design alongside a powerful Neural Engine and GPU, offering dramatic efficiency and performance improvements for the Mac. Apple has announced three machines that use the M1: MacBook Air MacBook Pro 13-inch Mac mini The MacBook Air is Apple’s most popular and, in many cases, most cost-effective optionThe M1 improves on its predecessor with eight CPU cores (up from four), and an 18-hour battery life (up from 12.) The 13-inch MacBook Pro is also seeing a long-overdue upgrade with not only the M1, but also Apple’s revised Magic Keyboard. The big advantage to the M1 MacBook Pro is a reported 20 hours of battery life—literally double what was possible on the Intel-based Mac. Finally, there’s the Mac mini which hasn’t seen an update since 2018. It’s now gained two additional cores, while ditching the Intel UHD integrated graphics chip. These are relatively low-end models, designed either with portability or light desktop computing in mind. If you want something more powerful, like a decked-out 15-inch MacBook Pro or Mac Pro,  your  Intel for the time... END_OF_DOCUMENT_TOKEN_TO_BE_REPLACED
« Older Entries