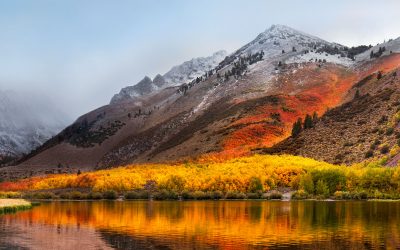 Apple are currently working to fix a serious bug which allows an unauthorised user gain access to a Mac running High Sierra.   The bug lets anyone log into an admin account using the username “root” with no password. This works when attempting to access an administrator’s account on an unlocked Mac, and it also provides access at the login screen of a locked Mac.   While Apple works on its fix, it suggests setting a root password to prevents unauthorised access to your Mac. “To enable the Root User and set a password, please follow the instructions here: https://support.apple.com/en-us/HT204012. “If a Root User is already enabled, to ensure a blank password is not set, please follow the instructions from the ‘Change the root password’ section.”   Update: Apple released a security update to address the vulnerability. The update can be downloaded on all machines running macOS 10.3.1 using the Software Update mechanism in the Mac App... END_OF_DOCUMENT_TOKEN_TO_BE_REPLACED 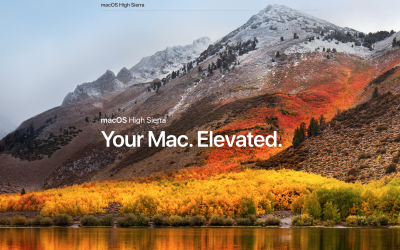 Eir is warning customers that its modems have been compromised in a security breach. Customers are being advised to reset their devices after a security vulnerability identified on a limited number of Zyxel D100 and Zyxel P-660HN-T1A broadband modems.   A full statement and instructions are available here:... END_OF_DOCUMENT_TOKEN_TO_BE_REPLACED 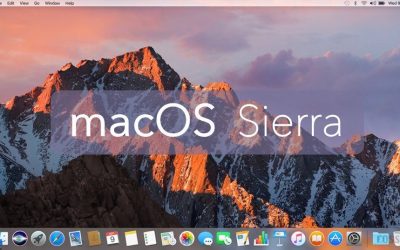 Apple have released macOS Sierra. It is now available to download from the App Store. You must have a compatible Mac in order to upgrade: •MacBook Pro (2010 and later) •MacBook Air (2010 and later) •Mac Mini (2010 and later) •Mac Pro (2010 and later) •MacBook (Late 2009 and later) •iMac (Late 2009 and later) Your existing Mac must be running OS X Mountain Lion v10.8 or later   RAM Apple recommend a minimum of 2GB, but we have found that performance is enhanced by upgrading to 8GB RAM or more. This is especially true when running software such as Adobe Creative Cloud.   Disk Space Apple recommend at least 8GB free disk space, but we find a better guide is if you have at least 10% free space on your hard drive. Before updating, make sure you have a full backup of your computer. The easiest was to do this is to use Time Machine. 1. Connect an empty external hard drive to your Mac. You may receive an alert asking if you want to use the drive to back up. If so, choose ‘Use as Backup Disk’. 2. If you don’t receive an alert, go to System Preferences – Time machine and Select Backup Disk. Choose your external drive. 3. Turn Time Machine on. Once your backup is complete you can continue with the macOS Sierra install. Install: 1. Open App Store 2. Click the Updates tab 3. Click the update for macOS Sierra 4. Your Mac will download and install the new system. When finished it will restart. As with any system update, we recommend waiting... END_OF_DOCUMENT_TOKEN_TO_BE_REPLACED
« Older Entries
Next Entries »