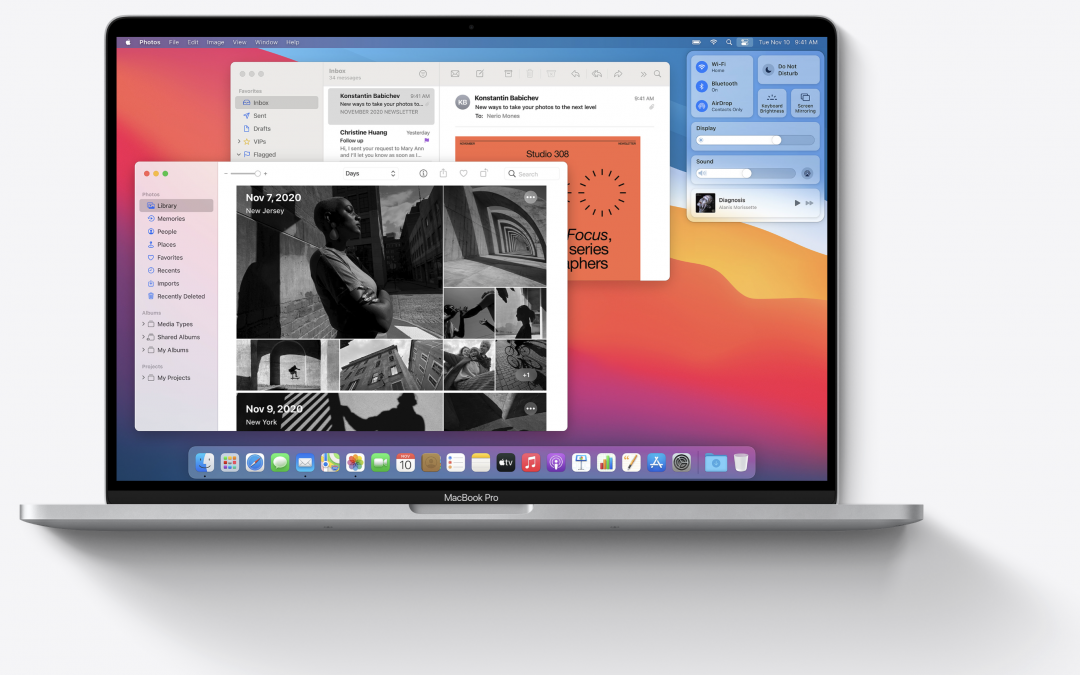 macOS Big Sur elevates the most advanced desktop operating system in the world to a new level of power and beauty. Experience Mac to the fullest with a refined new design. Enjoy the biggest Safari update ever. Discover new features for Maps and Messages. And get even more transparency around your privacy.

Big Sur is compatible with the following comptuers:

As with any update, make sure you check compatibility with your existing software and ensure you have a full backup before installing.